Visual Pollution Technologies, Inc. was formed in response to a growing need in the construction industry to handle everyday issues on job sites such as dust control, cleanup and disposal, and graffiti…. to name a few.   The lab was originally started in 1983. VPT continued to create and manufacture unique products and in 1984, VPT developed the first chemical cleaning line of products for the Exterior Insulation Finish System (E.I.F.S.) Industry.  With our products, formerly complicated job site issues are now easily resolved.

Visual Pollution Technologies, Inc. became involved in the manufacturing of anti-graffiti coatings and removers in 1992 as graffiti problems became more prevalent.  In addition to VPT’s own label, our anti-graffiti products were made under “private label” for companies such as STO, Dayton Superior, Symons Corporation, Degussa, and BASF.  Today, VPT markets these products directly to the end user.

Visual Pollution Technologies, Inc. is also directly involved in the battle against blight.  VPT was one of the founding members of the Graffiti Abatement Institute of North America (GAIN), a non-profit organization dedicated to educating people who work in graffiti elimination or are interested in learning more about fighting graffiti.  VPT also served on a federal highway panel to set national highway standards for the testing of anti-graffiti products and on the board of directors of No-Graf, an international non-profit organization that continues to bring together people throughout the world that are involved in the battle against graffiti.

VPT’s graffiti barriers are currently approved and used by highway departments, cities and private properties throughout the United States, Europe, Canada, Australia and the Middle East.

VPT sells directly to the consumer eliminating the "middle-man."  Our products are manufactured and shipped from our plant in Atlanta in 5-7 business days.

Check out our line of Construction & Exterior Maintenance Products and Anti-Graffiti Coatings and Removers.

Visual Pollution Technologies Inc was started in response to a growing need for solutions to everyday problems in the construction industry.  As graffiti problems became more prevalent, VPT created a line of anti-graffiti coatings and removers. 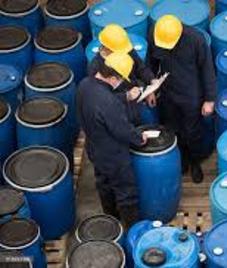